Give the Gift of Gaming With GeForce NOW Gift Cards 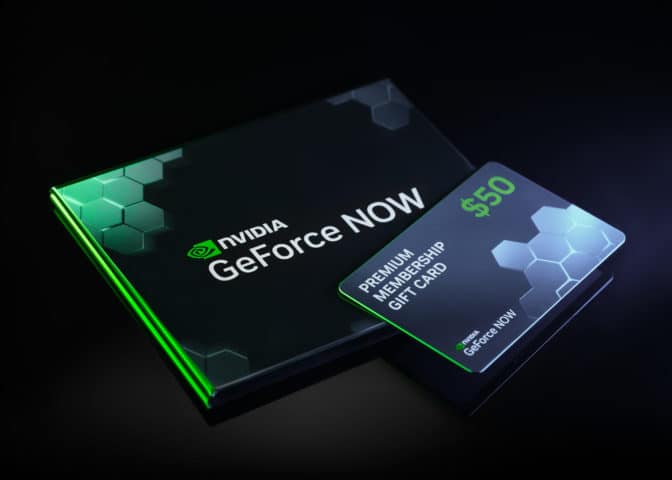 The holiday season is approaching, and GeForce NOW has everyone covered. This GFN Thursday brings an easy way to give the gift of gaming with GeForce NOW gift cards, for yourself or for a gamer in your life.

Plus, stream 10 new games from the cloud this week, including the first story downloadable content (DLC) for Dying Light 2.

For those seeking the best present to give any gamer, look no further than a GeForce NOW membership.

With digital gift cards, NVIDIA makes it easy for anyone to give an upgrade to GeForce PC performance in the cloud at any time of the year. And just in time for the holidays, physical gift cards will be available as well. For a limited time, these new $50 physical gift cards will ship with a special GeForce NOW holiday gift box at no additional cost, perfect to put in someone’s stocking.

These new gift cards can be redeemed for the membership level of preference, whether for three months of an RTX 3080 membership or six months of a Priority membership. Both let PC gamers stream over 1,400 games from popular digital gaming stores like Steam, Epic Games Store, Ubisoft Connect, Origin and GOG.com, all from GeForce-powered PCs in the cloud.

That means high-performance streaming on nearly any device, including PCs, Macs, Android mobile devices, iOS devices, SHIELD TV and Samsung and LG TVs. GeForce NOW is the only way to play Genshin Impact on Macs, one of the 100 free-to-play games in the GeForce NOW library.

RTX 3080 members get extra gaming goodness with dedicated access to the highest-performance servers, eight-hour gaming sessions and the ability to stream up to 4K at 60 frames per second or 1440p at 120 FPS, all at ultra-low latency.

Gift cards can be redeemed with an active GFN membership. Gift one to yourself or a buddy for hours of fun cloud gaming.

Embark on a new story adventure and gain access to “The Carnage Hall” — an old opera building full of challenges and quests — including surprising new weapon types, character interactions and more discoveries to uncover.

Priority and RTX 3080 members can explore Villedor with NVIDIA DLSS and RTX ON for cinematic, real-time ray tracing — all while keeping an eye on their meter to avoid becoming infected themselves.

Put a Bow on It

There’s always a new adventure streaming from the cloud. Here are the 10 titles joining the GeForce NOW library this week:

Members can still upgrade to a six-month Priority membership for 40% off the normal price. Better hurry though, as this offer ends on Sunday, Nov. 20.

Before we wrap up this GFN Thursday, we’ve got a question for you. Let us know your answer on Twitter or in the comments below.

The post Give the Gift of Gaming With GeForce NOW Gift Cards appeared first on NVIDIA Blog.